So You Wanna Buy a Telescope... Advice for Beginners 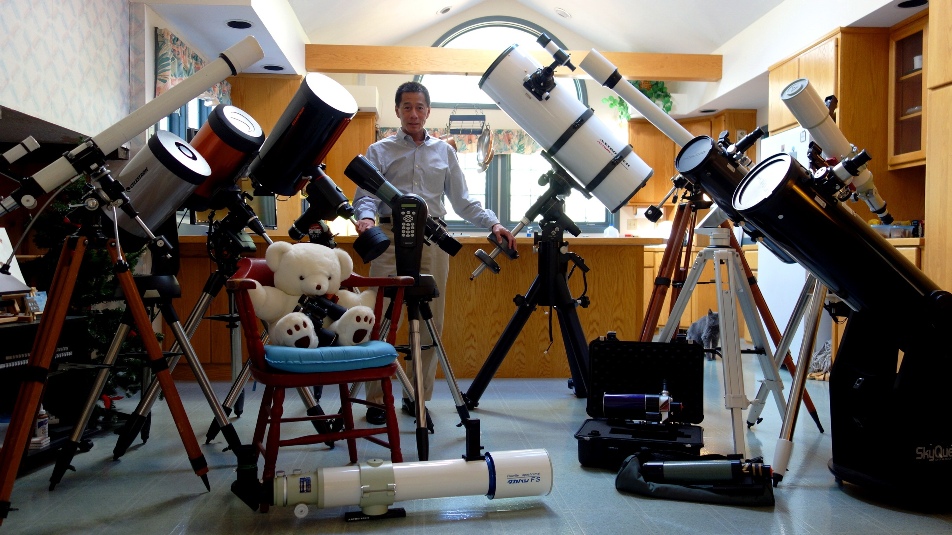 So, you've decided to take the plunge and buy a telescope -- congratulations! Astronomy can be a life long pleasure, with the right equipment. But what to buy? And how do you not wind up with a room that looks like the above? There's more equipment out there than ever before. This article will attempt to make some sense out of the seemingly huge selection of scopes and accessories.

First of all, some words of advice:

1) Learn to spot a few constellations and maybe a planet or two with the naked eye. If you can't point to M42, how do you expect to able to point a telescope (which has a much narrower field of view) there?

2) Subscribe to one of the two major magazines, Sky and Telescope or Astronomy. These will get you started not only with finding celestial objects, it will also acquaint you with the variety of equipment out there. Don't buy anything yet!

3) Join a club, or tag along on one of their observing sessions. This is the single best piece of advice I can give you. There is no substitute for spending time with real equipment out in the field. You may discover, for example, that you like the portability of Schmidt-Cassegrains, or that you enjoy the views through a good refractor, or that the big Dobsonian you saw in the catalog is much more of a handful than you imagined. Or whatever. There's no substitute for experience.

That said, your ideal first telescope may not be a telescope at all, but a pair of binoculars. Perhaps you have a pair lying around the house already. Most experienced astronomers keep a pair of binoculars close by, for quick peeks or for scanning the field of view before using their telescopes. The common recommendation is to get a pair of 7X50's, or at least, 7X35's. The first number "7" is the magnification, the second "50" is the aperture of each objective lens, in mm. You want the largest lenses you can comfortably hold.

Many astronomers opt for 10X50's, although you should make sure in advance that you can hold them steady at that power. It seems that the current trend is towards 10X50's, but I still like the traditional 7X50 size.

There are new "giant" binoculars which can give stunning views of the heavens, if you know how to use them. If someone offers you a view through one of these, by all means oblige, but hold off buying a pair for now. You'll know later if you want them. OK, so binoculars aren't exciting the way telescopes are. Before I leave the topic, allow me to make a final case for good binoculars: 1) Cheap binoculars are much, much more useful than cheap telescopes. Trust me on this one. 2) Good binoculars can last you a lifetime. As you trade up (or down) your telescopes, you'll still need a pair of binoculars for quick peeks and scanning. As a result, binoculars tend to be something you buy only once or twice.  Finally, some find that a "spotting scope" - a small, stand-mounted telescope that can be used for astronomical and terrestrial purposes - can be a good stepping stone to a first telescope.

Telescopes!
Ask a roomful of people what the purpose of a telescope is, and chances are they will say something like, "to make distant objects look bigger." I'm a frequent guest speaker at local schools, and I always get that answer (or something close to it) when I ask that question.

Is the primary function of a telescope really to make things look bigger?  Not necessarily.  The primary function of a telescope is to gather light. The more light a scope gathers, the more powerful it is. And remember, telescope apertures are circles, and the areas of circles increase with the square of the radius, so moving up in aperture, even modestly, can yield big results. Our hypothetical 7X50 binoculars (above) gather over twice the light of the 7X35's, even though they look about the same size. Put another way, the owner of an 10" Schmidt-Cassegrain who decides to upgrade to a 12" will see a 44% increase in light-gathering ability. Not bad for a 2" increase, eh?

So, you should buy the biggest telescope you can afford, right?

The answer, is an unqualified MAYBE, and for some people, the answer will be NO. But we're getting ahead of ourselves.

Types of Telescopes
Modern amateur telescopes can be divided into three classes:

1) The refractor is what most people think of when they hear the word "telescope". Refractors gather light with an objective lens at one end and focus the light at the eyepiece at the other end. Refractors were almost extinct at one point, but modern glass elements (including an exciting new artificially grown crystal known as fluorite) have brought the refractor back to prominence.

Refractor advantages: Potential for the best images, no obstruction in light path.

Refractor disadvantages: Some secondary color ("chromatic aberration") still visible in all but the best units, large aperture instruments can be massive, most expensive of the three designs (often by a large margin), "Guilt By Association" with horrible department store refractors. 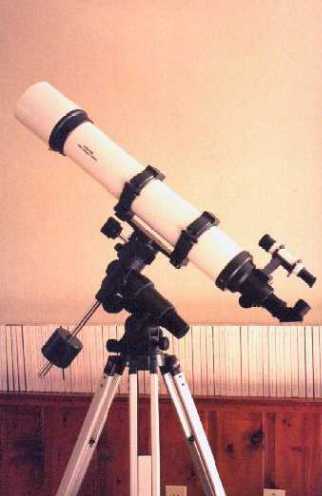 2) The Newtonian Reflector, invented by Sir Isaac Newton, uses a parabolic mirror at the end of a tube and focuses the light back at the front of the tube, where the eyepiece sits, after being deflected by a smaller secondary mirror in the light path.

Reflector disadvantages: Secondary obstruction results in some loss of contrast, still quite large compared with Schmidt-Cassegrains, can require frequent collimation (alignment) of optics. 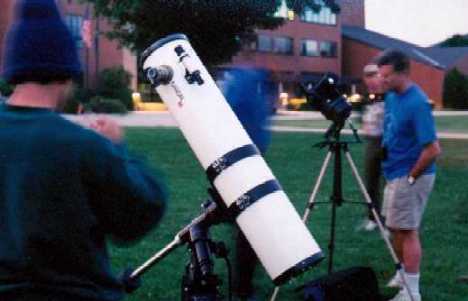 3) The Schmidt-Cassegrain and its derivatives (Maksutov-Cassegrain, Schmidt-Newtonian, etc.) use BOTH mirrors and lenses to fold the optical path back onto itself, resulting in a compact tube. The technical term for these scopes is catadioptrics, but since nobody seems to use this term, I won't.  A Schmidt-Cassegrain telescope is sometimes simply referred to as an "SCT." 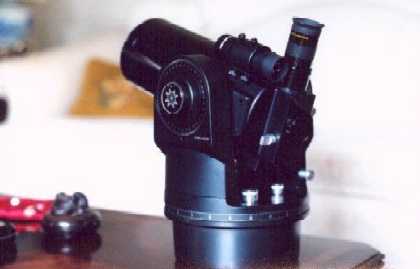 Meade's ETX, a Maksutov-Cassegrain
So, which one should I buy?

Depends. The "right" telescope depends on you, your observing habits, and your financial situation. Back before 1990, picking a telescope used to be a simple matter. You started out with a 60 mm refractor (probably from a department store), then you upgraded to a 6" f/8 reflector from either Criterion or Meade, and if you stuck with it long enough, you eventually bought an 8" Schmidt-Cassegrain from Celestron.

My, how things have changed. Throughout the 1960 and 1970's, the Newtonian reflector ruled the amateur roost. From about the 1980's onward, astronomers flocked to the portability of Schmidt-Cassegrains as both Meade and Celestron duked it out to try and out-do one another on features. Then, the refractor, long given up for dead, came roaring back with the advent of ED and fluorite glass. Now, you see all three designs in use regularly. The advantages/disadvantages of each design are well-documented elsewhere, so I'll attempt to give you some "other" information which may be useful to you.

I've been getting this a lot lately.  In this age of video games and HDTV, people are starting to get wildly unrealistic expectations as to what they'll see.  At least once a week, I get an email from an excited newcomer looking for a Call of Duty - like experience.  Know this: most objects in your telescope will appear to be nothing more than dim, gray, featureless blobs.  The excitement of visual astronomy is in knowing and pondering what those objects are.  Below are some simulated images to let you know what to expect. 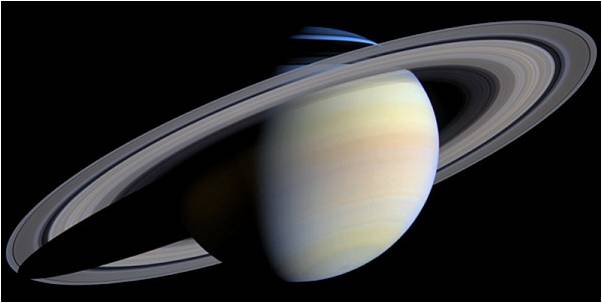 Simulated image of Saturn through a 6" telescope at about 100X: 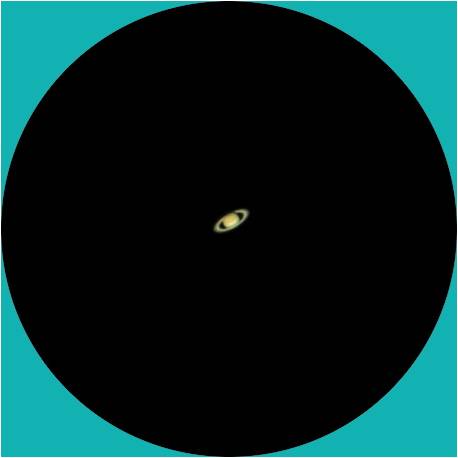 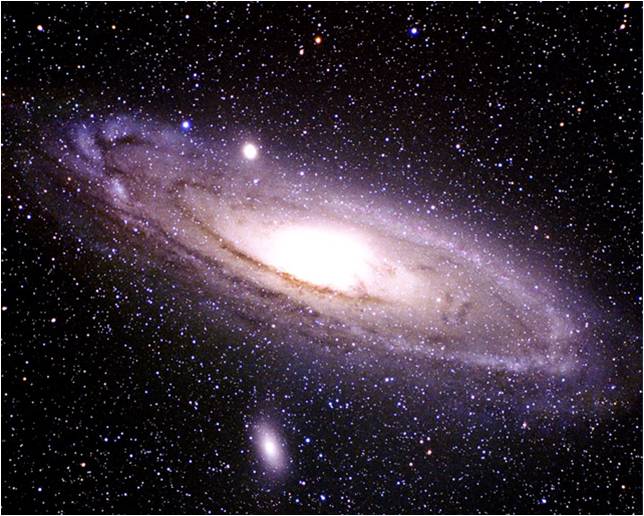 Simulated image of M31 through a 10" telescope at low power: 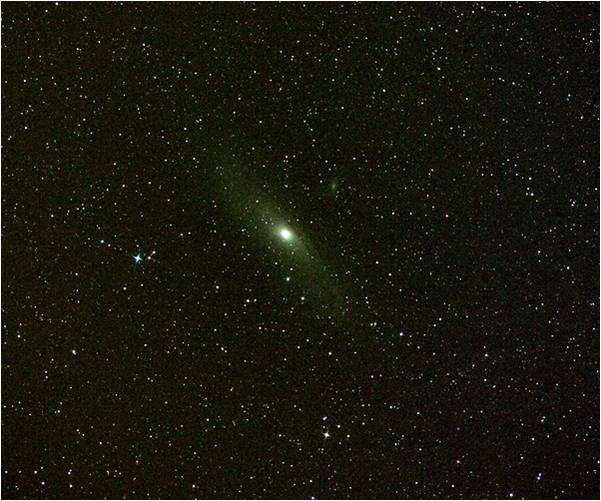 Professional image taken of M13, the globular cluster in Hercules: 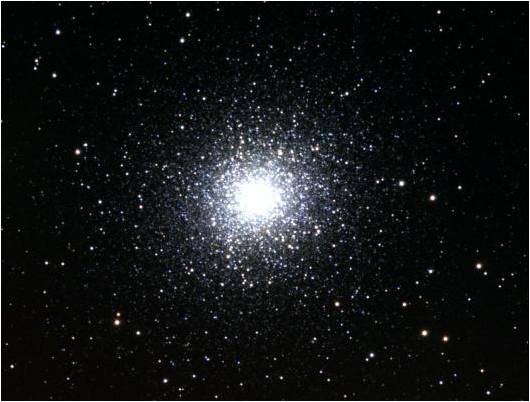 Simulated image of M13 through a 6" telescope at low power: 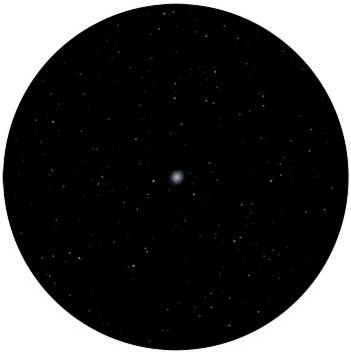 Hopefully you get the idea.

I know, I know, you want to.  The urge to photograph what you see is almost irresistible.  The problem is, beginners have no idea what they're getting into.  This is way more involved than you can possibly imagine.  You've got a lot to learn, between the night sky and your new telescope.  Don't complicate matters by getting involved with astrophotography.  What's more, photographers, as a rule, have a harder time adjusting to astrophotography, than "civilians."  They assume their knowledge of conventional photography will shorten the curve for them, but usually the opposite happens.  Next to department junk-scopes, astrophotography is the #1 reason people drop out of the hobby.

My friend and fellow club member Herb B, who is really good at this, estimates he's spent tens of thousands of dollars, over a decade of his life, and untold thousands of rejected images, to get where he is today.  When new members excitedly ask him for advice on getting started in astrophotography, his usual response is this:

In summary, here are the prominent points given above:

1) Binoculars, even cheap ones, are sometimes a good substitute for a cheap telescope. In addition, binoculars are almost always good companions to a telescope.

3) The primary purpose of a telescope is to gather light. Thus, all other things being equal, beginners should buy the largest aperture telescope they can afford. A 6" Dobsonian reflector is an excellent first telescope.

4) BUT, if the instrument is too large, you may never use it. Be realistic about what you're willing to lug around.

5) You don't need more than 3 or 4 carefully chosen eyepieces in your collection at first. The minimum quality you should consider are Kellners (and their offshoots). A barlow is useful tool for doubling your collection at minimal cost.

7) If you're interested in daytime terrestrial viewing, you need something called a "spotting scope" which is out of my area of expertise.

8) Avoid any thoughts of astrophotography.